Fervor, Friendships and Faith in Entrepreneurship 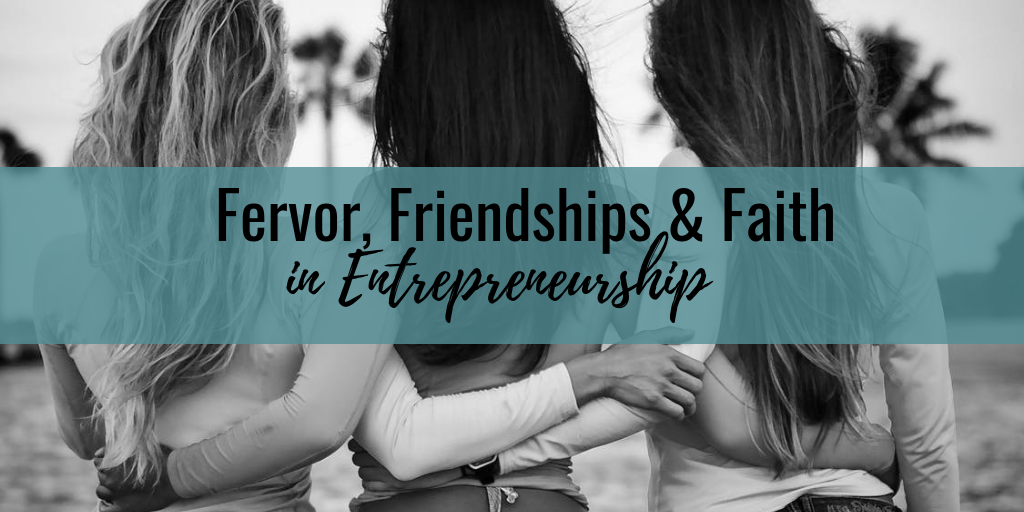 When it comes to female friendships, I am a blessed lady. Lucky enough to earn a “cool pass” in high school, I was never bullied and never missed a prom. I was a cheerleader, overly involved in numerous school activities and earned Honor Role accolades in high school and in college. However, I also had my fair share of female friends who weren’t the nicest girls around – at least not to everyone – and I could have easily fallen into that ugly pattern, too. But I didn’t. Not by a long shot. I chose to be kind and open to everyone and anyone. It didn’t matter to me what someone looked like or what their interests were – if someone was kind-hearted and shared a smile, they were cool to me and I let them know it.

As an adult, I can still say that has remained my mantra. But sadly, I’ve come to terms that the “mean girl” spirit still lives in so many collected, successful and well-educated women. But why? When I was in TV news, I – much too often – came across female coworkers who tried to steal, back-stab and sabotage me any moment they had the chance. And it wasn’t just me – the same thing happened to their other female “friends.” Horrible, yes. But I would often dismiss it and shake it off, knowing that in broadcast news – especially when you’re in front of the camera – people can be exceptionally cut-throat. That was never me, but I accepted it and just kept my eyes peeled.

And I see it now too – as a successful entrepreneur, author and professional speaker. My male colleagues aren’t looking to take what’s not theirs, so why are my female confidants? Studies show female betrayal is rampant and the pain it causes hits hard. Experts say the reason is simple: some women don’t value their female relationships and hold it as sacred as they should. Psychologists says, in many cases, we women have been conditioned to put “our men” first, to view other women as the competition, not our allies. We’re instantly on opposing sides of the fence because as a species, we’ve been trained to feel threatened – especially when we have our eyes set on a man. In addition, the most debilitating trait, envy, often surfaces while observing our female counterparts. Who has the bigger ring, who has the better job, who has the cuter/more successful husband? Who cares!

That way of thinking is flat-out wrong. Especially in the day of #metoo, we need now more than ever to lean on our sisters for the love, support and respect we deserve. We need to honor the other’s differences and similarities and offer a shoulder to lean on, not a slap-in-the-face. As a leader who strives to empower other women whether it be through my book “Intermission, How Fervor, Friendships and Faith Took Me to the Second Act” or by speaking at summits, conferences or workshops, I find it appalling that so many of us don’t straighten the other’s crown (and not let on that we did it).

The answer starts with you. Find a foundation of self-worth which begins with surrounding yourself with women who raise you up – not knock you down. Lead by example and if you spread a good sentiment – eventually it will catch on. You’re only in competition with yourself, after all. If we all just strive to be better than we were yesterday rather than looking at the woman standing by your side with resentment, we’ll all be stronger for it. And who knows – maybe that woman will be the one to offer you a hand if you happen to trip along the way. I know if you’re next to me – you can count on it!

After ten years working as a television news reporter and anchor within the Philadelphia, and New York regions – among other cities – Mindie Barnett decided to use her knowledge and experience in the media to help propel businesses and position companies as thought-leaders. Barnett founded MB and Associates in 2003 and swiftly garnered a great deal of clients in a short amount of time. Because of her vast knowledge of the news business and strong ties with key members of the media – both on the local and national levels – MB and Associates was able to achieve rapid results and obtain countless press opportunities for clients. Due to these attributes, Mindie Barnett is now one of the nation’s most sought-after and respected publicists. Mindie was raised in South Jersey and earned a Bachelor of Arts degree in Broadcast Journalism from Hofstra University in Hempstead, New York as well as graduate credits in the field of public relations from Rowan University in Glassboro, New Jersey. She’s worked as an anchor/reporter at various television outlets including NBC 10, Cablevision’s News 12 New Jersey, TSM 24-Hour News, NBC in Louisiana and NBC in Illinois. She is a devout volunteer with the Susan G. Komen for the Cure Philadelphia Affiliate, Philadelphia’s Maternity Care Coalition, the South Jersey Chapter of the Ovarian Cancer Coalition, the Jewish Federation of South Jersey and the Juvenile Diabetes Research Foundation of South Jersey, Alex’s Lemonade Stand Foundation and many other charities. Mindie Barnett’s public relations credits include landing clients’ opportunities on Oprah, The Today Show, Good Morning America, Inside Edition, Live with Kelly, Dr. Oz, The Doctors, Anderson Cooper, In Touch Magazine, US Weekly, InStyle Magazine, USA Today and MSNBC, among numerous regional inclusions. Barnett was named “Business Owner of the Year,” by the South Jersey chapter of the National Association of Women Business Owners. Her firm has won “Best PR Firm” by South Jersey Biz Magazine, two years in a row. Barnett maintains her public relations and social media firm and is also the author of the self-help memoir “Intermission,” a motivational speaker and on-air lifestyle expert. She lives in Voorhees and in Manhattan with her two children and lovable Shih Tzu “Max.”